Prosecutors fear accused man’s wife is flight risk By Kara Spak Daily Herald Legal Affairs Writer Ravi Kumar, the Des Plaines man charged with murdering his father with a sports utility vehicle, isn’t the only one in the family with a lawyer. His wife has one, too.

Prosecutors are asking Lijy Kumar, Kumar’s wife, to surrender her passport and sign a personal recognizance bond to ensure she remains in the area until the case goes to trial. That could be several years away.

Melissa Smejkal, Lijy Kumar’s attorney, said her client has been cooperative, testifying before the grand jury that indicted Ravi Kumar on two counts of first-degree murder. He pleaded not guilty to those charges Wednesday. There’s no reason Lijy Kumar should be punished when she’s not charged with any crime, Smejkal said.

Vicki Klegman, a Cook County assistant state’s attorney, said Lijy Kumar had no connection to the Chicago area besides her husband, who is being held without bond in Cermak Hospital at Cook County jail. “She was there when all of this was going on,” Klegman said.

“She’s definitely someone we want to use at trial.” Cook County Circuit Judge Garritt Howard is expected to hear arguments on the issue Tuesday in the Skokie branch of the Cook County circuit court. Des Plaines police arrested Ravi Kumar July 9.

Police said he and his father, Rajinder Kumar quarreled and his father drove away from the family’s home on the 1000 block of Carlow Drive in a Toyota Corolla. Ravi Kumar followed in a 2002 Jeep Grand Cherokee, slamming the car into his father’s and killed him, police said. Kumar’s family said at the time of his arrest that he was mentally ill.

About a dozen family and friends attended a Wednesday court hearing,
waving at him when he was led out of the lockup. FORWARDED STORY ABOVE 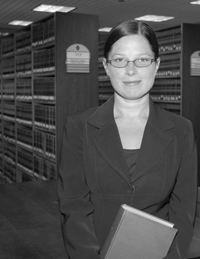